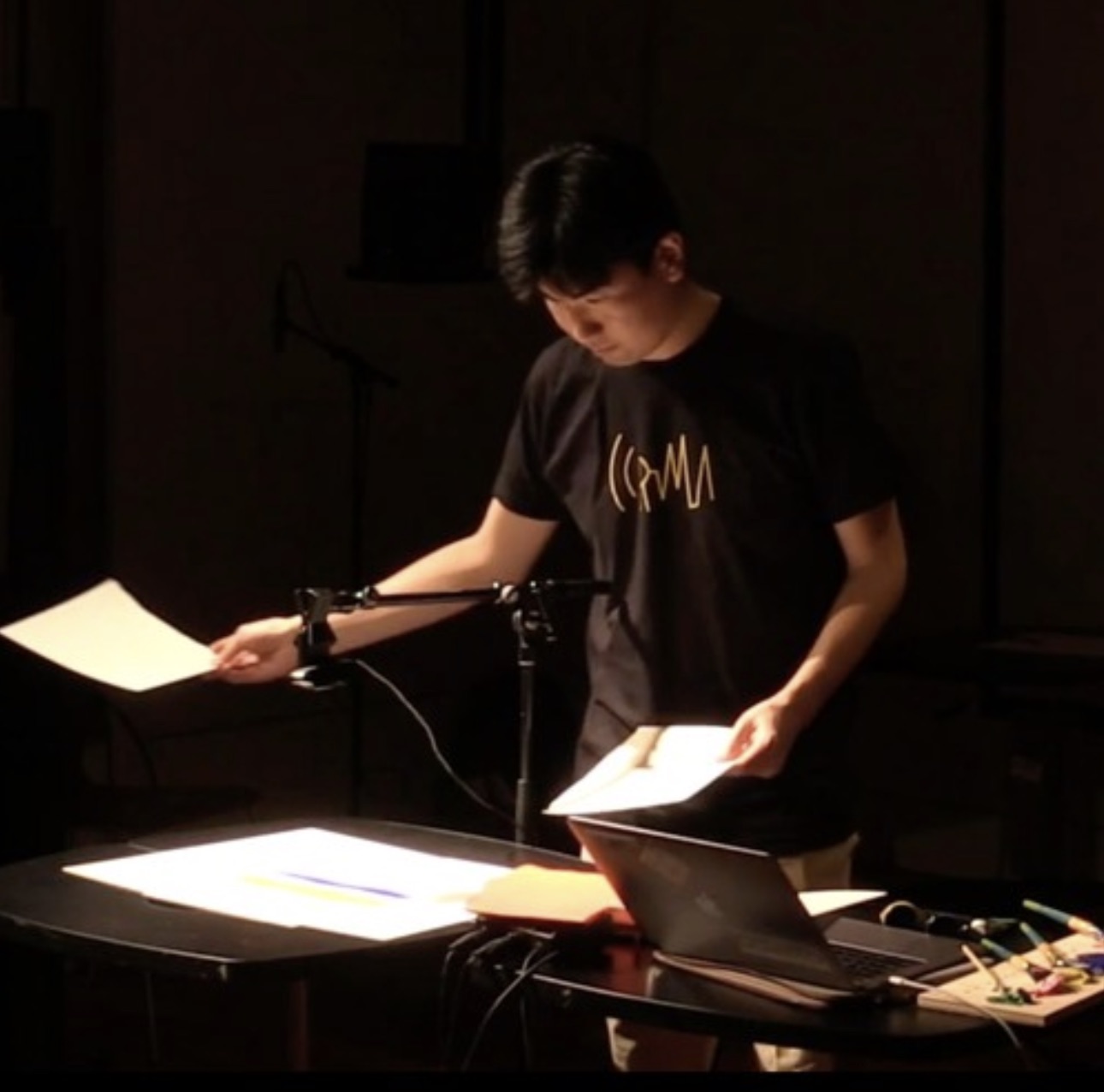 CV
Jaehoon "Jason" Choi(b. 1992) is a computer musician / sound artist / researcher who is based in New York and Seoul. His practice involves embodied experimentation through a technical medium, which involves both the making/design and the performative process. As a researcher, he is interested in understanding how technology-mediated practice affords distributed artistic activities as a community and its aesthetic implementation. At the same time, he does not distinguish research and practice as a strict binary and seeks ways to integrate those two in an organic way. His works have been presented in ICMC, CeReNeM, ECHO Journal, ZER01NE, Art Center Nabi, EIDF, Visions Du Reel, CEMEC, Bing Concert Hall, etc. He also collaborated with incredible artists in different disciplines such as Minyoung Kim (Visual Art/Moving Image), Sariel Golomb (Dance/Theatre Art) and Yeon Park (Film). Jason is currently pursuing a Ph.D. in Electronic Arts at the Rensselaer Polytechnic Institute and graduated from Stanford University's Center for Computer Research in Music and Acoustics (CCRMA) as a Masters.