This research is in progress 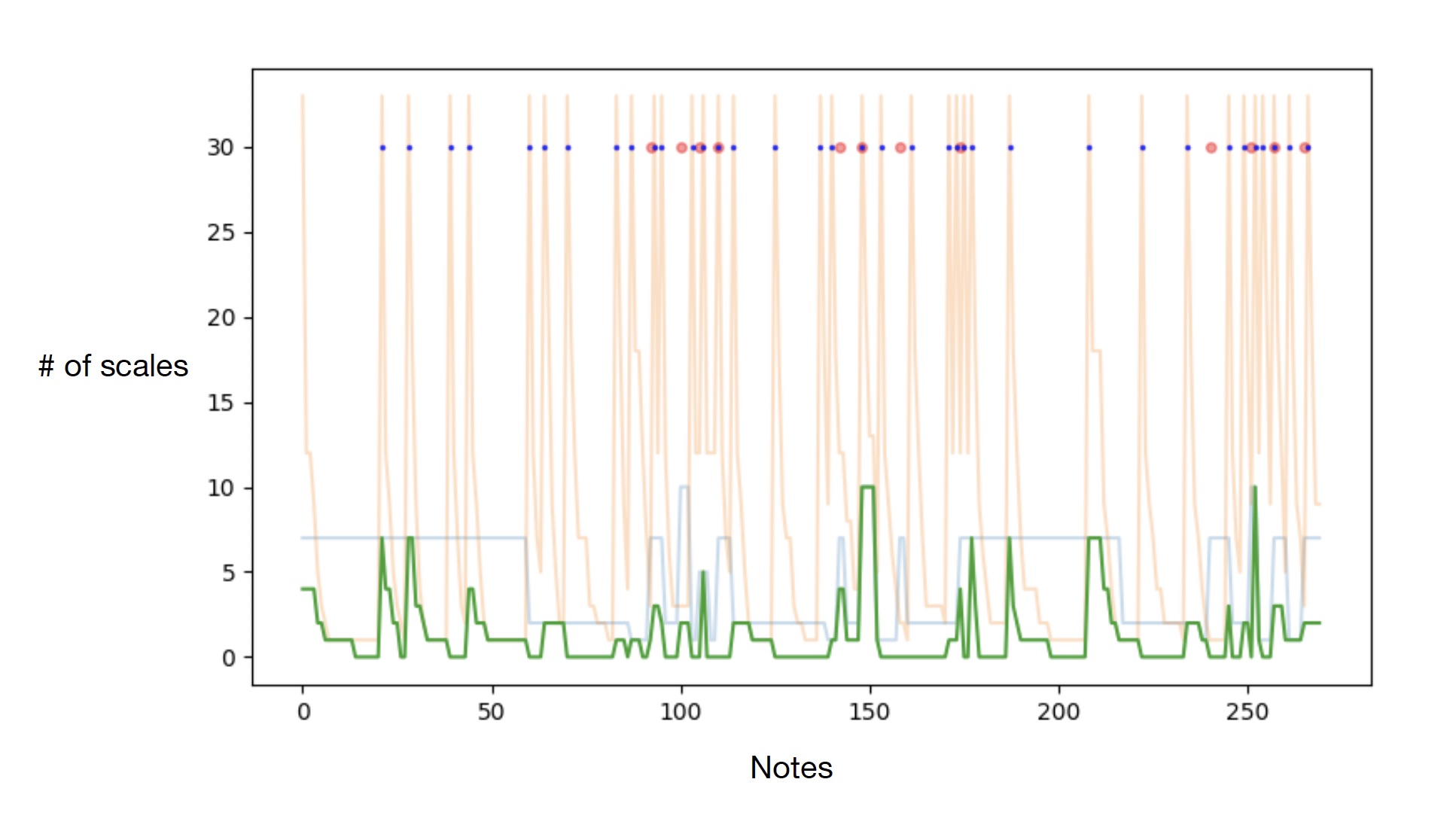 During my graduate study at Stanford, I worked with Professor Jonathan Berger on this project, and the initial task was to find the proper computational approach to analyze this dataset. Jazzomat Research Project divides Jazz into 6 tonality types; Blues, Color, Free, Functional, Jazz- Blues, and Modal. For this research, I’ve selected ‘Functional’ tonality, which is defined as “[Jazz tunes] deeply rooted in Western tradition, mainly (light) classical music, with a preference for added chord colors (tensions, upper structure)…Chord transitions follow mostly cadential patterns, e.g., II-V(-I) sequences or, more generally, chord root movement in fifths (mostly downwards).”, because the premise of a ‘Functional’ tonality Jazz improvisation lies on the surface of the music compared to other tonalities, it was more approachable to start with as a first research topic of computational analysis of Jazz.

Now, let’s assume that the next two notes of the previous example are ‘Ab’ and ‘A’. When it reaches ‘A’ (cumulated notes : ‘Bb’ , ‘D’, ‘E’, ‘Ab’, ‘A’), there are no other scales that matches this combination. When there are no other scales available, I defined this incident as a ‘change’ (i.e it is unrelated to how this term is used in Jazz), and refreshed the cumulation and restart it from A. So in this case, when it reaches ‘A’, it counts the number of scales that contains only the note ‘A’ where there are 33 scales available.

I’ve done the exact same process with the chord progression. Since Jazzomat Research Project’s database provides the type of chord played for each note during improvisation, I was able track the number of scales of the chord progression in a note by note basis too. Then, I compared the two of them and counted the number of scales that overlaps each other. Through this I was able to observe the harmonic state of the improvisation in marginally. Based on this analysis, I’ve create visualization so that it can be shown more intuitively.